Classic Japan is an annual Car & Bike show run by the club which is dedicated to vehicles from all Japanese manufacturers that are at least 25 years old.

What began as a small idea in 2011 has grown to one of the largest gatherings of nostalgic j-tin in the southern hemisphere with 600 cars & bikes completely filling Como Park in South Yarra, displaying the proud design and engineering heritage that Japan has offered the world. While the show is hosted in Melbourne we have many dedicated enthusiast travelling from all over Australia and overseas to attend the show every year.

Every year the club raises funds through donations at the show to go towards a selected charity with several thousand being raised by the generous attendees every year which we a greatly thankful for.

Details can be found at www.classicjapan.org.au

In 2014 the weather wasn’t the kindest with a wet start to summer, but that didn’t stop the enthusiasts and we still managed to fill both ovals for a fantastic day out. 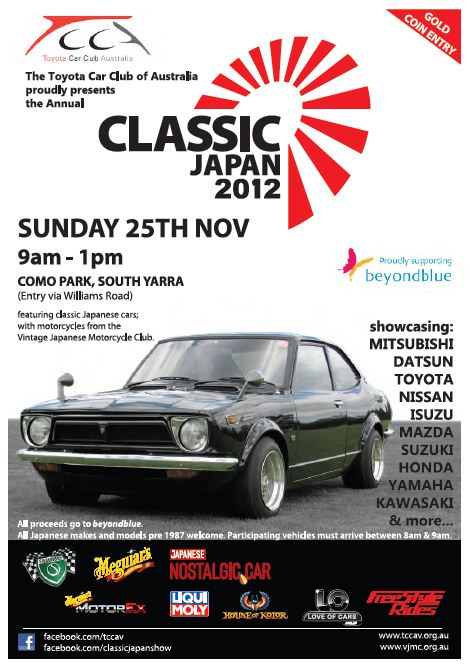